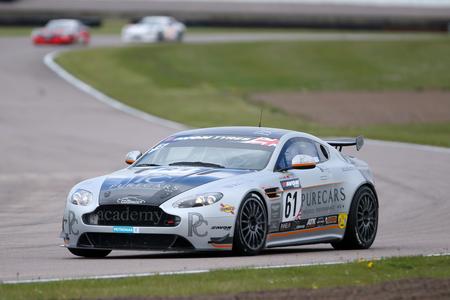 Dennis Strandberg announces a one off comeback to British GT’s at Silverstone in June.

Dennis will be reuniting with the Academy Motorsport team for which he drove the 2015 season alongside Will Moore and achieved several podium visits and a dominating performance at the Aston Martin Le Mans Festival, ultimately ending the 2015 season as British GT team champions.
This time Dennis is racing alongside team owner Matt Nichol-Jones in the Aston Martin Vantage GT4 car.
Both know the Vantage well and have much experience between them, Matt Nichol-Jones is himself a former British GT champion so combined these two are more than capable of making their guest appearance unforgettable for the fans.
Earlier in May he competed at Mantorp as a guest driver in Swedish GT5 challenge of which he was a champion of in 2013, and won both his races with dominance.

Racing In the Mind, An Insight Into How To Drive Using Your Head

A lot of focus is put on the physical element of motorsport – are you fit enough? Are racing drivers athletes? But what goes on in a...

Its wet, wet and a little more wet but that is not stopping a tour of the New Drive Center circuit in the northern City of...

Dennis Strandberg, the 23 year old from Helsingborg, Skane is returning to Sweden to race in the STCC together with Lestrup...

Why Will Moore Is A Name That Won’t Just Disappear!

Buy One Get Two Free!

It’s been a while since I last wrote anything so this entry is a bit of a bonus special (code words for long!) First weekend to...

This site uses Akismet to reduce spam. Learn how your comment data is processed.